The robots are coming - technical and societal aspects of autonomous vehicles

There is a tremendous push to introduce autonomous vehicles. Politicians are offering trials on public roads, companies announce activities in this area in order not to be seen as backwards.

Mixed in with the topic of autonomous vehicles and their challenges are networked vehicles, electric vehicles and expected changes to the usage pattern like moving from car-ownership to shared economies. 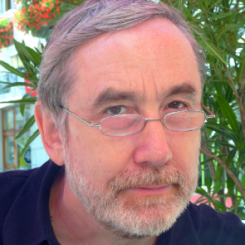 Background:
Philipp Schaumann started in what is today called „IT“ in the 70s, moving more and more into consulting in the last decades. Since 2000 the main focus is information security, with special focus on organisational, psychological and societal aspects (which are badly neglected in many cases).

The Human Face of the Web of Data: A Cross-sectional Study of Label

Labels in the Web of Data are the key element for humans to access the data. In the following, we analyze seven diverse datasets, from the web of data, a collaborative knowledge base, open governmental and GLAM data. We gain an insight into the current state of labels and multilinguality on the web of data. We analyze the datasets based on a set of metrics including completeness, unambiguity, multilinguality, labeled object usage, and monolingual islands. 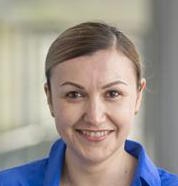 Professor of Computer Science in the Web and Internet Science

Elena Simperl is Professor of computer science at the University of Southampton and member of its Web Science Institute. Before joining Southampton in 2012, she was assistant professor at the Karlsruhe Institute of Technology (KIT), Germany (2010-12) and vice-director of the Semantic Technologies Institute (STI) Innsbruck, Austria (2007-10).